Recently, lawmakers of both parties in Capitol Hall have been conducting investigations into the Russian government and economy. In the house, democrat congresswoman Alexandria Ocasio-Cortez, "AOC," delivered a fiery speech today.

AOC tearfully yelled into the chamber as hundreds of fellow democrats applauded her:

"After me and some of my colleagues have done a thorough review of the Russian economy, we have determined that Bitcoin mining is starting to become a sizable part of it. Along with Russia's oil, Bitcoin mining is an incredible threat to our environment. Furthermore, there are credible reports that Putin and his cronies may use Bitcoin to avoid our sanctions. Today, after careful consideration with international law, I have decided to introduce a bill that would place sanctions on Russian ASIC mining computers. These fascist devices must be stopped!"

Republican lawmakers in the room exchanged worried glances as a crazed Nancy Pelosi foamed at the mouth. Republican house minority leader Kevin McCarthy stood with his mouth agape at what he heard.

Later that day, in a White House Press briefing with Jen Psaki, there were questions about President Biden's opinion on AOC's speech and bill.

"As you may know, AOC announced a bill today that would sanction Russian Bitcoin mining computers on the grounds of climate change. Given what is happening in Ukraine, does the President feel that is an appropriate piece of legislation?"

Jen Psaki naturally dodged by saying, "it was in the works for months."

While that press briefing was going on, Biden was in the Oval Office with AOC, quietly promoting her as a senior economic advisor to the president. 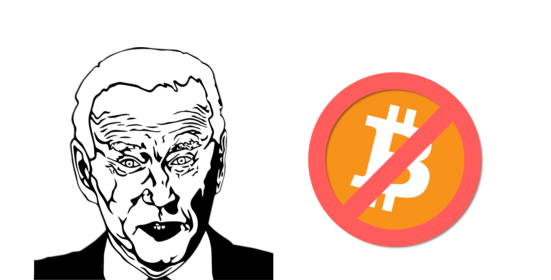