the bird is freed

You may remember Gadde as the Twitter lawyer who cried after the news that Elon Musk would buy Twitter. She was also responsible for banning 45th US President Donald Trump; a decision which Elon Musk plans to reverse.

As a result of the firings, Elon Musk has announced he will be interim CEO to take the company private.

Jack Dorsey, founder of Twitter and Musk's friend, will likely continue advising Musk privately in his new role, as he has done in the past for the deal.

Elon Musk's clear top priority in his Twitter purchase is to enable freedom of speech on the Twitter platform. Previously, if you communicated any views that jibed with the status quo, you risked your account being shut down without explanation.

The ban of Donald Trump is a prime example. He was taken off the platform for "inciting violence" concerning the January 6th debacle, but this was an obvious excuse.

There are far worse offenders of the Twitter rules, such as Iran Leader Imam Sayyid Ali Khamenei, who has made actual threats of violence. For example, Khamenei tweeted that a Zionist "regime" in his country will be "uprooted and destroyed."

That's just the tip of the iceberg on what Khamenei has tweeted, and Twitter has not suspended the account. The double standard is fairly obvious.

Elon Musk revealed in a message to Twitter advertisers that Twitter will now be an open place to speak, but there will still be appropriate content moderation, though far different from the previous guidelines.

As a result of the many errors in content moderation over the years, Musk plans to ultimately reverse life-time suspensions on most accounts as well, according to a Bloomberg report.

One of the top issues Elon Musk has promised to tackle are bots. In fact, the reason Musk first canceled the Twitter deal was due to his suspicions that their official bot numbers were wrong.

While Musk was likely correct, he admitted defeat by purchasing Twitter at the agreed price to avoid the Delaware lawsuit.

Today, Tezos founder Arthur Breitman tested whether bots were gone yet, which somewhat failed. Like that post, other users have since reported slightly better bot numbers. Although, more time is needed for Elon Musk's new team to tackle bots through a definitive fix.

A crypto lover at Twitter's helm

Elon Musk is a fan of cryptocurrencies. He's made it no secret that he loves Dogecoin and owns some Bitcoin. Musk famously enabled Dogecoin as a payment option in the Tesla online store, among other parts of his businesses.

Musk will likely incorporate Dogecoin tipping among other crypto features into the new Twitter platform.

A leak also revealed a new crypto wallet Twitter is developing, which is likely part of Elon Musk's strategy.

Dogecoin has risen over 40% in the last three days on the news. 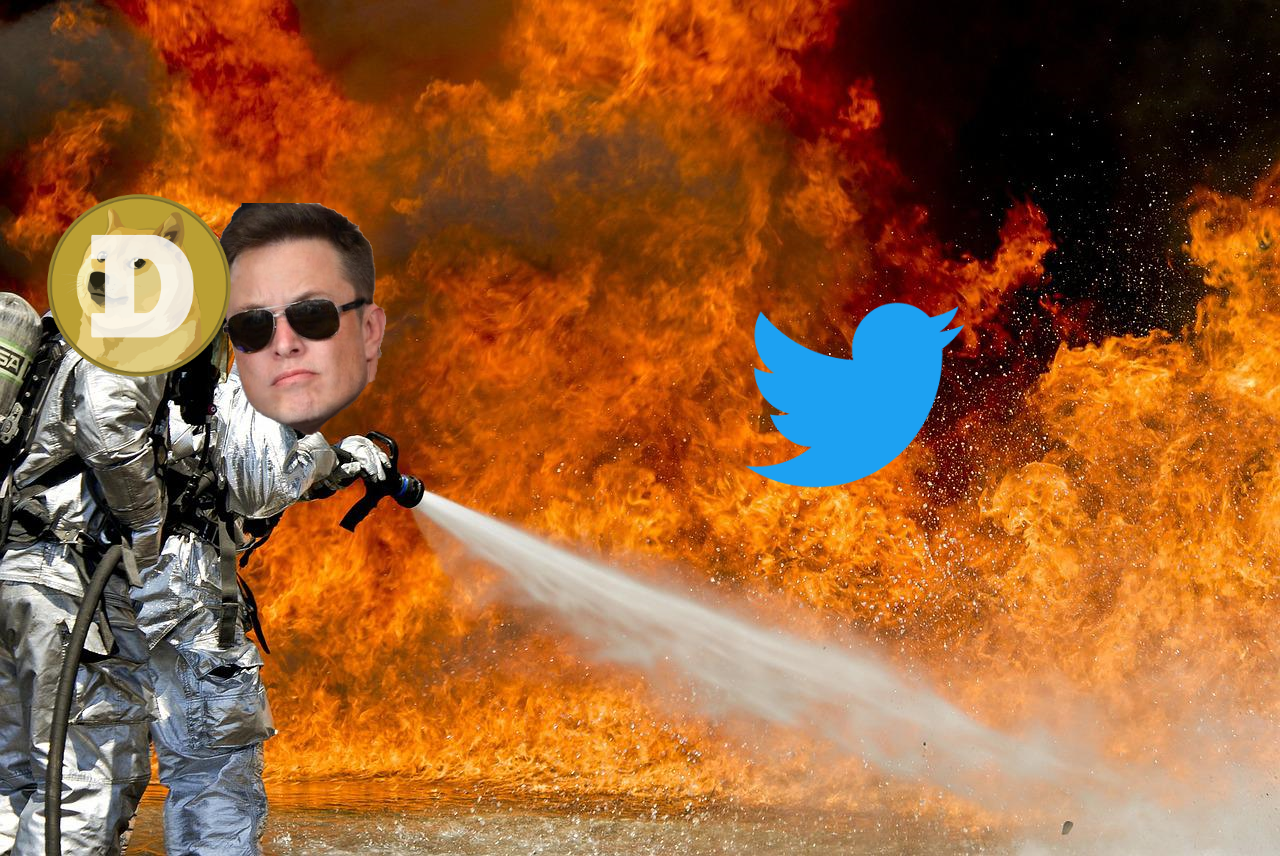